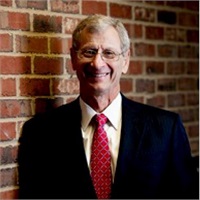 Joe graduated from Westminster College with a degree in Spanish Education and taught for three years at Mon Valley Catholic High School. Along with teaching, he was also the head coach of their track team and assistant coach of the football team. However, Joe eventually became bored with teaching, and the business world began to look inviting.

Joe stepped into the financial industry by working for Liberty Mutual Insurance, specializing in workman’s compensation. After spending two years in up-state New York, he was transferred to Cincinnati, Ohio. During his time there, his efforts helped to reduce their cost of doing business by fifty percent. His company offered a promotion that included a transfer to Toledo. “No one moves to Toledo!” Joe exclaimed. Fortunately, at about that time he started to date his future wife, Noreen, a student at the University of Pittsburgh. This made quitting the Ohio job and moving back to Pittsburgh an easy decision. He was hired by Lincoln National as a financial planner, and worked there for twenty-six years. In 1985, Joe battled with cancer, and in preparation for the worst he decided to specialize in securities. Joe was fortunate to survive cancer and continued to transition his business to a fee based asset management business. On March 1, 2000, Joe became the first financial advisor to work with BenchMark Financial Network (Atlas at the time).

In his free time, Joe enjoys going out to dinner with his wife, and playing poker and golf with their friends. He and Noreen also enjoy season tickets to University of Pittsburgh basketball and football game. Their four children, Justin, Kristen, Erin, and Carlyn have all graduated from college and are now independent. Once a year, their extended family (all thirty of them) get together for a vacation, either at the beach or camping.